Because of CV-19, the museum is open by appointment only.

Every year, we offer between forty and sixty regular events, from spontaneous antiques appraisals, to book signings, to how to make a salad or a toy owl.

We’ve had Civil War reenactments, Revolutionary soldiers on the lawn, and pickelhaubered German soldiers in the main exhibit hall. We offer lectures, tea parties, and a great time for all.

Naturally, we love to have attendees, members usually get in free, and the events are always a lot of fun! 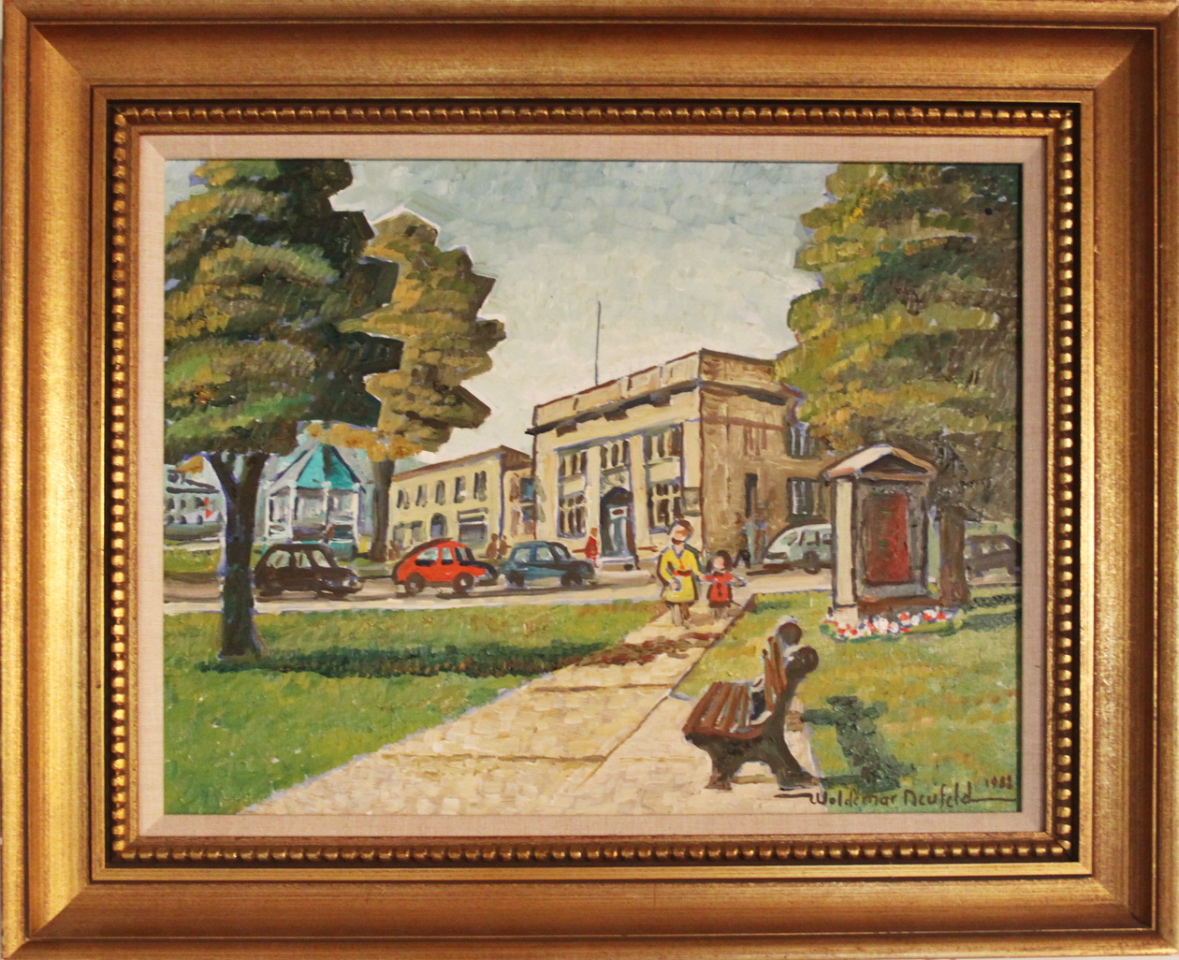 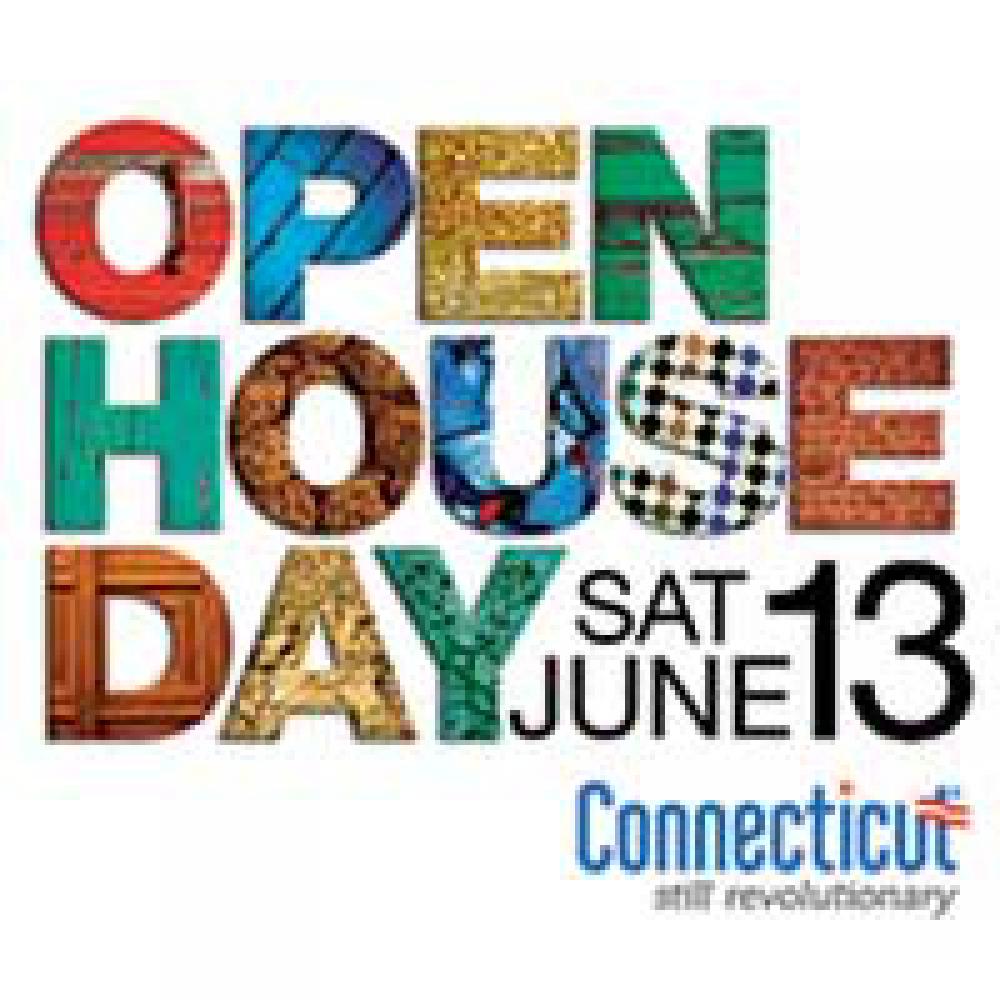 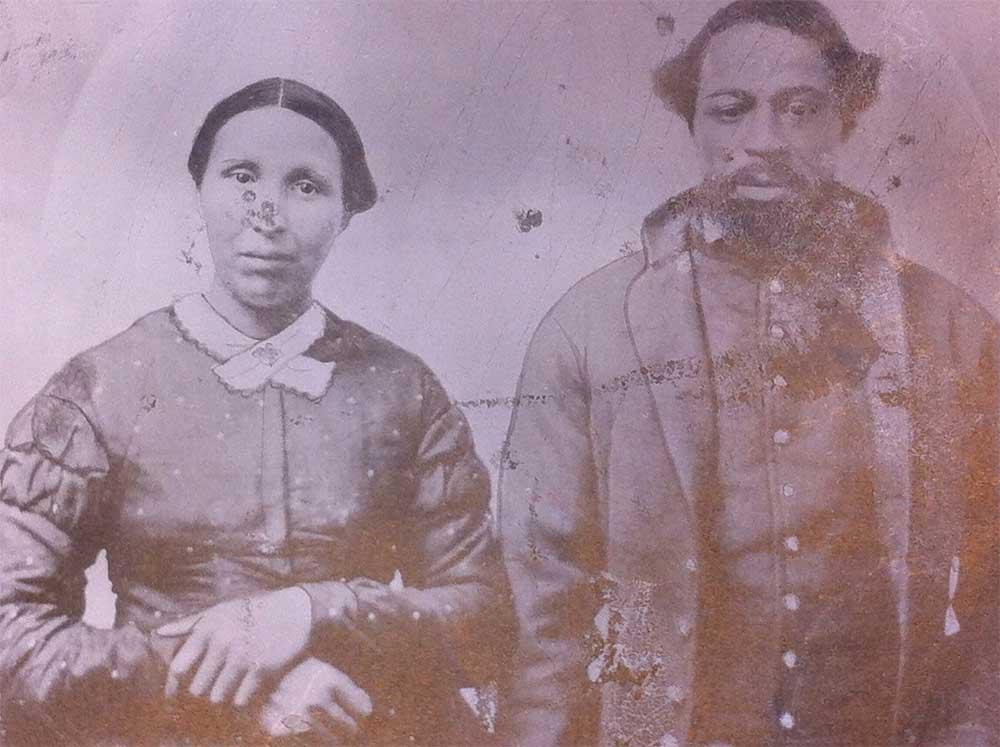 Black Life in the History of New Milford

Saturday, August 31 2013
Black Life in the History of N...
Starts at 10:00 AM
PERMANENT EXHIBIT “Black Life in the History of New Milford: A Perspective of 150 Years since the Emancipation Proclamation, 1863 - 2013" This year marks the 150th Anniversary of crucial turning points in the American Civil War, including the battle of Gettysburg in July 1863; the Emancipation Proclamation in January 1863; and the Gettysburg Address in November 1863. It is also the 50th Anniversary of events that defined the American Civil Rights Movement, including the March on Washington in August 1963 and Rev. Martin Luther King’s “I Have A Dream” Speech on August 28, 1963. In recognition of these historic events, the New Milford Historical Society & Museum (NMHSM) is now completing an exhibit entitled “Black Life in the History of New Milford: A Perspective of 150 Years since the Emancipation Proclamation.” The exhibit contains the pulpit, piano and bell from the Advent Christian Church of New Milford, founded by the Reverend Stephen Heacock and 22 black families of New Milford. The church building today houses New Milford’s Theaterworks. Early photographs of the Heacock Family are prominently displayed. Also featured are maps and explanations of the Underground Railroad, which is known to have run through CT (and New Milford). We have also mounted copies of the Emancipation Proclamation, the Gettysburg Address and a photo of the Rev. Martin Luther King giving his “I Have A Dream” speech with a transcript of this famous speech. In addition, there is a montage of the emancipation papers granting freedom to the slaves in early New Milford. Connecticut was an early proponent of Emancipation due to the strong influence of the Abolitionist movement in the state and included gradual emancipation of all black residents of the state in 1784, resulting in all slaves in New Milford being freed by 1810 (a full 50 years before the Emancipation Proclamation). The 1810 census of New Milford lists 147 freed blacks as residents of the Town of New Milford. The exhibit also contains montages of advertising by Black-owned businesses in New Milford at the turn of the century and articles celebrating the achievements of New Milford’s Black citizens in bygone days. One prominent example is Robert J. Peagler, who served as a lieutenant in the Army in WWII. He was awarded medals for valor (the Distinguished Service Cross and Purple Heart) for his bravery in battle. The museum is requesting those who have photos, artifacts or news articles regarding early black families or individuals in the 1800s and 1900s in New Milford, as well as photos of those who live in New Milford today to bring them to the museum or call the New Milford Historical Society & Museum at (860) 354-3069. All photos or articles will be scanned into a computer or Xeroxed and the originals returned unharmed immediately to the owner. The exhibit recognizing and commemorating these historic events will be bolstered through out 2013-2014 by programs at NMHS&M bringing these events to life. First among these will be on October 13, 2013 when the NMHS&M will host a Meet the Author Event with New Milford Author Fran Smith, who talk about her newest book “The Black Holocaust of American Slavery and The Underground Railroad" which will be published in October. Other programs will be featured for Martin Luther King’s birthday in January and Abraham Lincoln’s birthday in February.

Sunday, April 7 2013
NMHS Annual Children’s Tea P...
Starts at 1:00 PM
The New Milford Historical Society and Museum’s Annual Children’s Tea Party has been scheduled for Sunday, April 7, at 1:00 PM in the Museum Gallery. This year’s theme will be “Madeline and the Bad Hat.” The tea party is geared for children ages 3-10 and is not deemed suitable for those younger than 3 to attend. All decorations and activities this year will have a “French accent.” The children and their parents attending will be asked to dress in their best “Paris” fashions, as an old-fashioned French school girl or school boy, or wear a “Bad” hat like Pepito. The servers will wear French Berets and Scarves as they serve “Petit Fours” and other French pastries. The children will listen to readings from the “Madeline” books by Ludwig Bemelmans. In addition, they will learn and sing some French songs and learn a French country dance. There will be door prizes awarded as well as awards for the most fashionable girl, best-dressed boy, the girl who looks most like Madeline, the boy who looks most like Pepito, the parent who most resembles Ms. Clavel and the “Baddest” Hat. The cost for a parent and one child will be $25 and each additional child will be a further $10. Please call the New Milford Historical Society and Museum at (860) 354-3069 for Reservations. 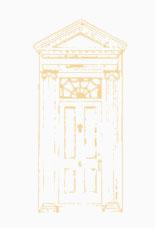 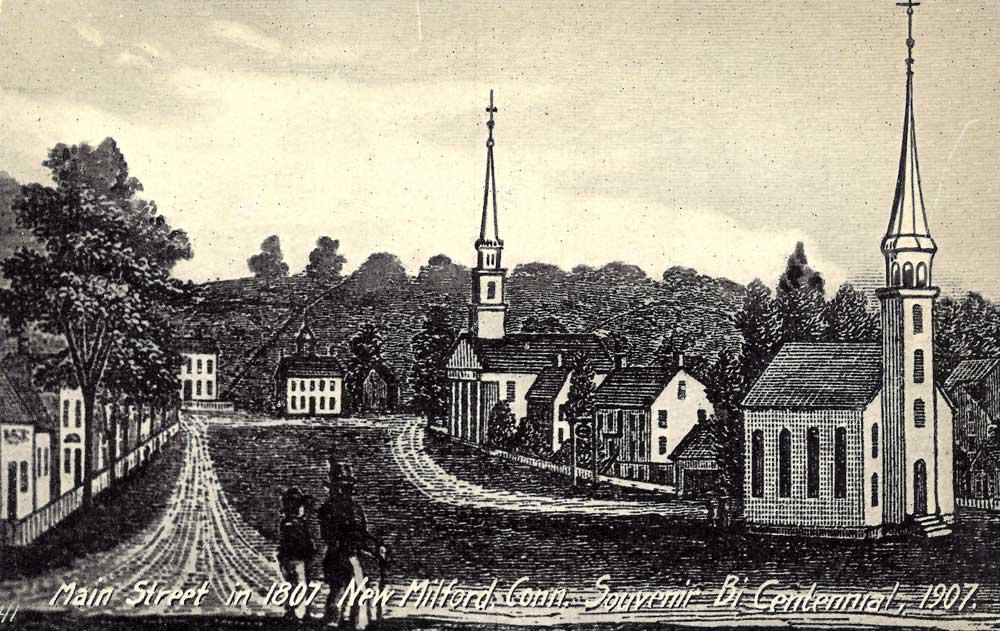 Sunday, September 10 2017
Members Walking Tour of New Mi...
Starts at 2:00 PM
Join us for a Members Only tour of the historic New Milford Green 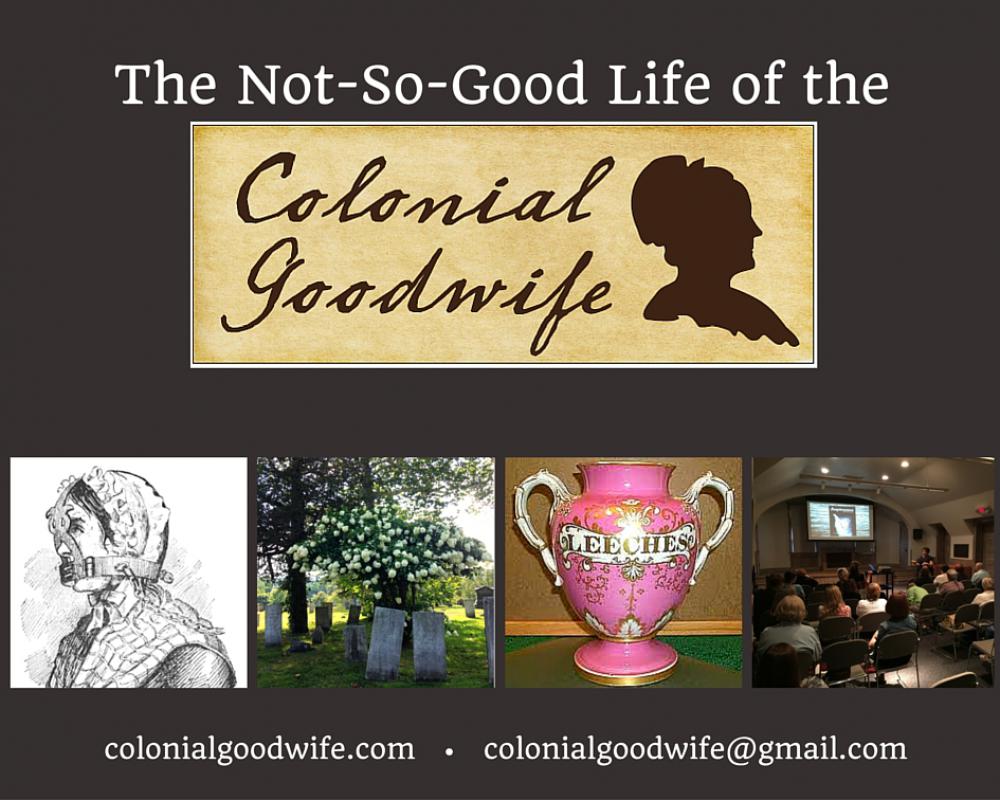 Sunday, September 11 2016
COLONIAL GOODWIFE...
Starts at 2:00 PM
The Not-So-Good Life of the Colonial Goodwife Perhaps women need to be reminded of how far we’ve come in order to see how far we still can go. Discover what life was really like for New England's colonial women - because we've always been curious about: menstruation, sex & birth control, childbirth, sickness & medicine. For instance, in an era when underwear hadn’t been invented, what did women do when they had their periods? What were early American birth control methods? It was suggested that women try jumping backwards seven times after intercourse to expel sperm, drink water that blacksmiths used to cool metals, or insert a mixture of dried crocodile dung and honey into the vagina. In 2011, Velya Jancz-Urban and her family bought a foreclosed farmhouse in Woodbury, Connecticut, unaware of what the house would reveal. Behind the walls, surprises and secrets waited to be exposed. This became the spark for the novel, Acquiescence. Moving into this 1770 farmhouse ignited Velya's interest in the colonial era. While researching her novel, she became obsessed (in a good way) with colonial women. In Velya’s entertainingly-informative presentation, The Not-So-Good Life of the Colonial Goodwife, even history buffs will learn a thing or two. The Not-So-Good Life of the Colonial Goodwife not only makes audience members laugh and grimace, but it also honors our foremothers. It’s not about quilting bees and spinning wheels - it’s an interactive presentation about the little-known issues faced by New England’s colonial women. Ms. Jancz-Urban has traveled throughout New England presenting to libraries, historical societies, women’s groups, and conferences, and has upcoming university, book festival, and women’s history month events scheduled. She regularly hosts book club gatherings at her 1770 Connecticut farmhouse, the primary setting of her novel. www.colonialgoodwife.com AUTHOR BIOGRAPHY: Velya Jancz-Urban is a teacher, author, former Brazilian dairy farm owner, and expert on New England’s colonial women. Her entertainingly-informative presentation, The Not-So-Good Life of the Colonial Goodwife, is a result of the research completed for her novel, Acquiescence. Whooo Eats What?, her first book in a hands-on science series for children, was released in January 2016, and was inspired by her How Cool Is That?! (Hands-On Science) classes. Velya has presented at over 50 venues throughout New England and teaches a variety of historical/medicinal workshops with her daughter. Velya has been married for 33 years and is the mother of two grown children. She has a few too many rescue dogs and cats, is happiest with a fresh stack of library books, loves thrift shops, and is passionate about alternative medicine.

We'll be posting more upcoming events shortly, use this link to reach out to us if you'd like to know in advance what is coming up.